Initially debuting in the middle of 1956 as a midyear addition to the top-of-the-line Belvedere models, the Fury was conceived as a high-performance sports coupe with a luxurious look and feel. In the years that followed, it was extremely evident that Virgil Exner’s “Forward Look” designs were incorporated throughout the luxurious Fury. In 1959, the Fury became its own model line, supplanting the Belvedere atop Plymouth’s product hierarchy. 1959 was also significant because it marked the first year that the Fury was offered as a convertible, this time as a special model named the “Sport Fury.” By 1960, the “Sport Fury” name was dropped and the Plymouth Fury was the highest level offering for Plymouth. These models featured gold “Fury” lettering on the front fenders, special trim that ran the length of the car, and special “Fury” medallions on the “rear stabilizers” otherwise known as tail fins.

Under the hood on this particular Fury Convertible is a 318 Cubic Inch V8 engine with a single 2 barrel carburetor that pushed out 230 horsepower in its day. The 318 V8 is hooked up to an Automatic Transmission that is shifted using the novel Push Button shifter mounted on the dash. With dual exhaust, this classic Mopar has a nice throaty sound. This ’60 Fury is equipped with power steering which makes getting in and out of tight spaces much easier and improves the overall driving experience.

The exterior has been refinished in a beautiful two-tone paint scheme consisting of Sky Blue with Caribbean Blue inserts on the front fender as well as on the faux continental kit on the trunk lid. The blue vinyl power convertible top works great, going up and down with the simple push of a button. This Plymouth Fury sits on 4 wide whitewall bias-ply tires with full wheel covers for that truly classic look.

The interior on this Fury looks like it is from the Future! From the uphostery to dash layout to the font on the buttons and gauges, everything has a Forward Looking appearance. The front and rear bench seats have been upholstered in Light Blue and White Vinyl with Blue Cloth Inserts, matching the overall look of the car. The dash, door panels and steering wheel all have that futuristic look as well. The dash, which is in its stock configuration, features a “floating” 120 MPH speedometer, fuel gauge, temperature gauge, and clock, as well as the Push Button Shifter, push button radio, and rear-view mirror. 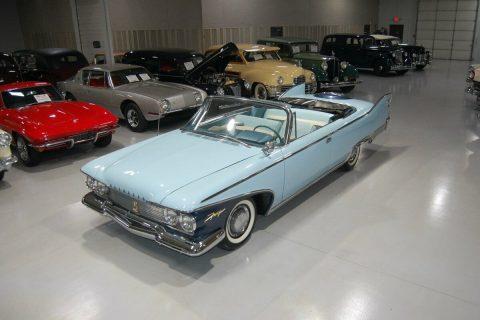 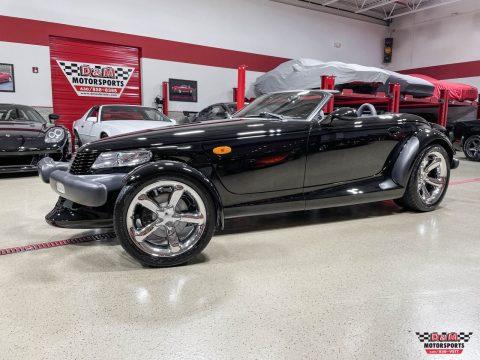 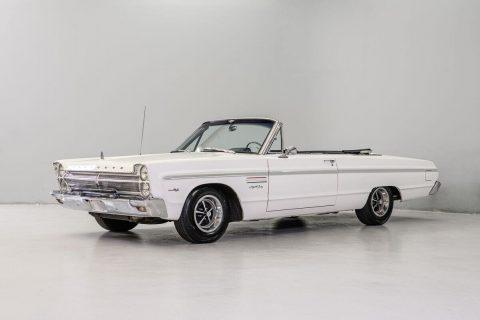 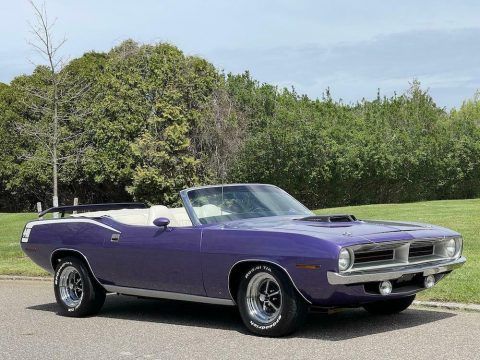 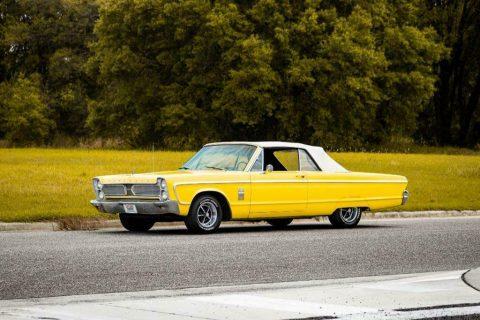